Born in Algemesí (Spain) in 2000, Jaume Masia started to race at six years old. He made his debut in the Championship in 2017 (Austria), appearing in just 4 rounds of that season (Austria, Great Britain, San Marino and Aragon).

In 2018 was the rookie of the year after completing a full season in the Moto3 class.

In 2019, Masia jumped into the podium for the first time ever in Argentina, where he crossed the line as the winner of the race. After that result, Jaume took podium in America, Italy and Malaysia.

Now in 2020 the Spaniard starts a new adventure with Leopard Racing. 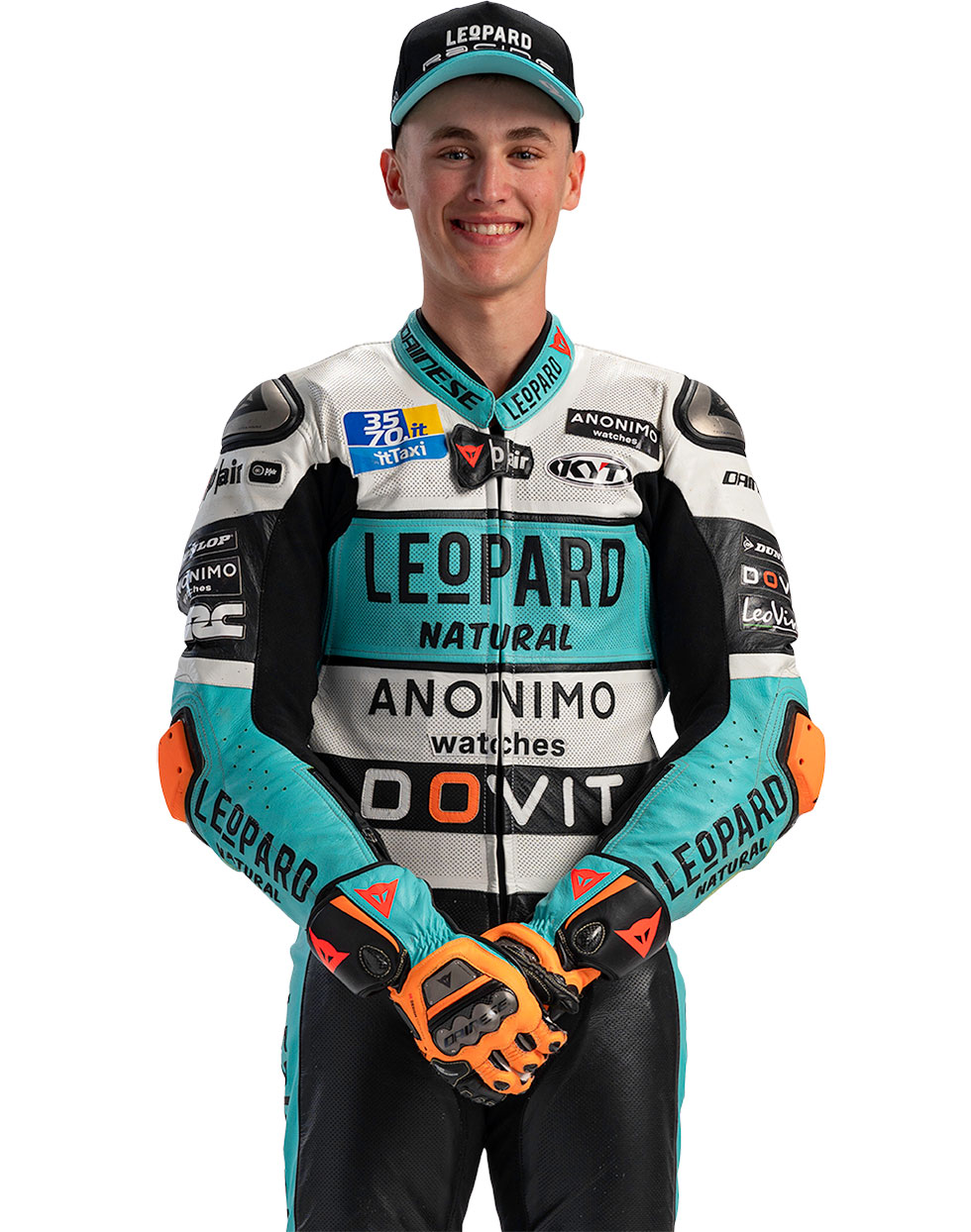