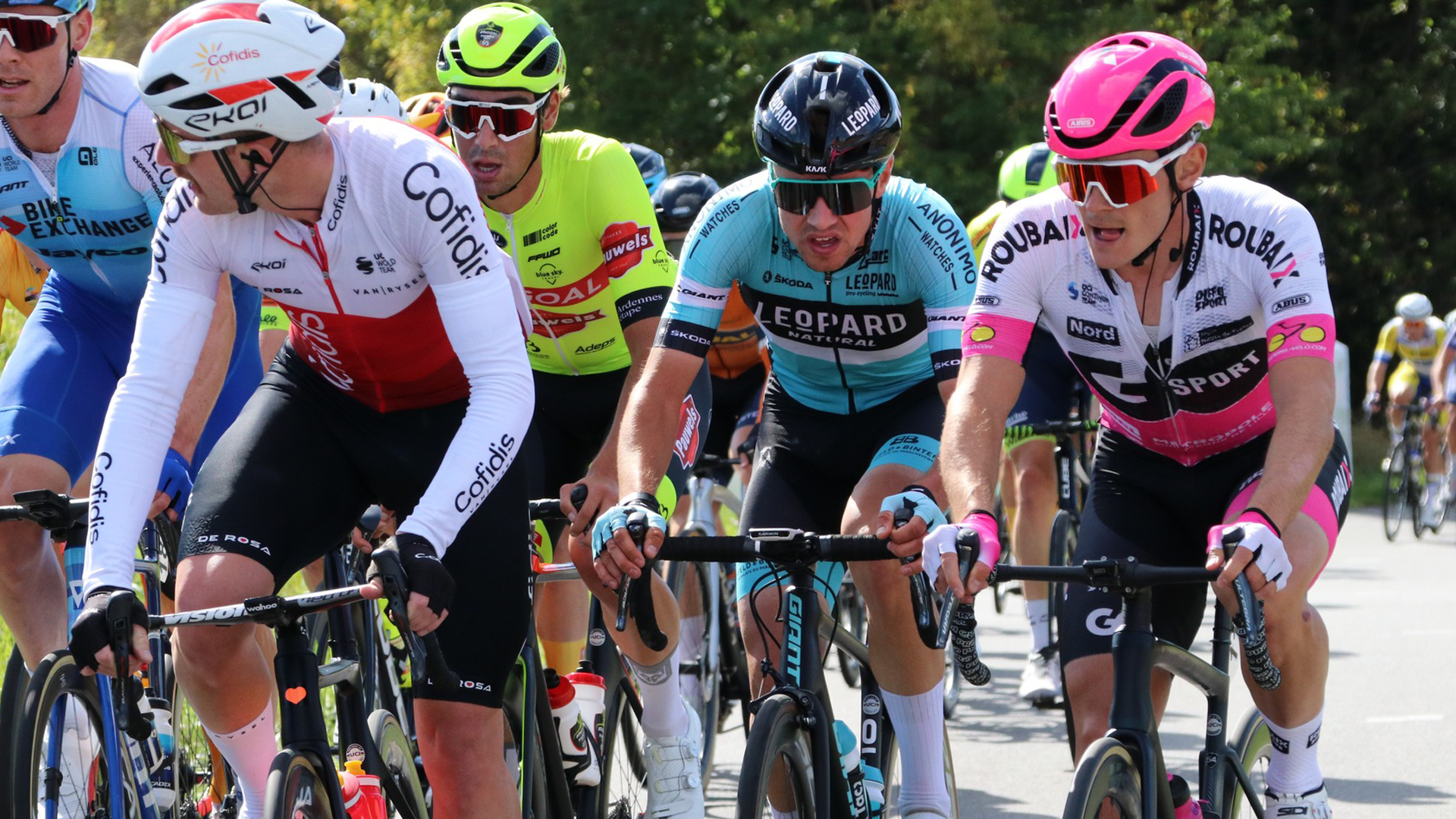 Fair battle at Chauny leads to 24th for Mobach

Yesterday, Leopard Pro Cycling rode its penultimate race of the season. At Paris - Chauny a challenging route was waiting for the riders...

Paris - Chauny (UCI 1.1) summarized
Things went into a flying start at Paris - Chauny. The sun was out and motivated the high-quality peloton to go all out. Many attacks happened and despite showing the Leopard Pro Cycling jersey in front of the bunch, a group of four attackers went away, without a Leopard rider in it.

The breakaway took a two minutes, but one could sense that the bunch - led by Alpecin-Deceuninck - had all under control, despite the hilly parcours and strong winds. When the race hit the local laps around Chauny, the attackers were caught back and the pace went up immediately. Because of this pace not many riders thought about attacking and the peloton even split into two parts, with Leopard's Jarno Mobach and Kevin Inkelaar on the good side of the split.

The idea was there to take some risk in the late final, attack and fight for the victory, but the teams of the sprinters had other ideas. Jarno Mobach - who returned back to racing - did all he could and ended the race as 24th. There is now one more race on Leopard's 2022 calendar. The team is ready for one more big battle.