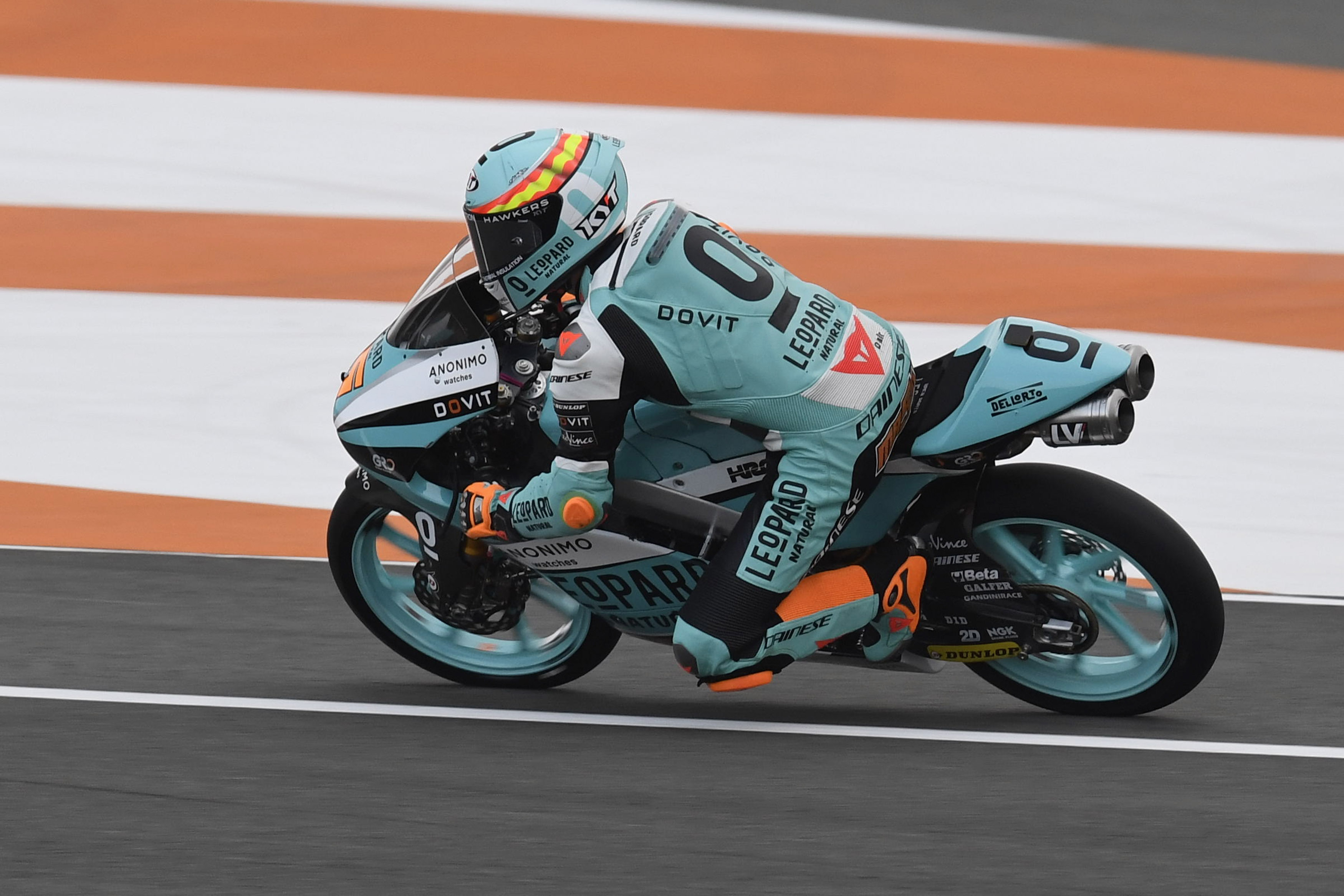 Fourth spot of the grid for Jaume Masia

Le0pard rider Jaume Masia will start tomorrow from the 4th spot of the grid and teammate Dennis Foggia from the 27th. Heads and tails for the Le0pard Racing in Valencia.

This morning we couldn’t take advantage of the FP3 session as right after the first 10 minutes, the rain made its appearance on track and no one wanted to risk, so the majority of the session meant empty track and riders in their boxes. Due to yesterday’s results Masia was already on Q2, but Dennis really needed the FP3 session to improve his records. Unfortunately, the practice didn’t go as usual and Dennis had to fight on Q1. During that first part of the qualifying, the #7 pushed and was fast but unluckily suffered a crash that prevented him from trying to go to Q2. In any case, the main thing is that Dennis is ok and hasn’t had any injuries.

Later, when it was time for Masia to fight for the pole position, the Spaniard pushed and got to the front line, finally ended up the 4th, a very good spot to start from tomorrow. Do not forget that we are still fighting for the Championship with him, so let's hope for the best, we are ready for the battle!