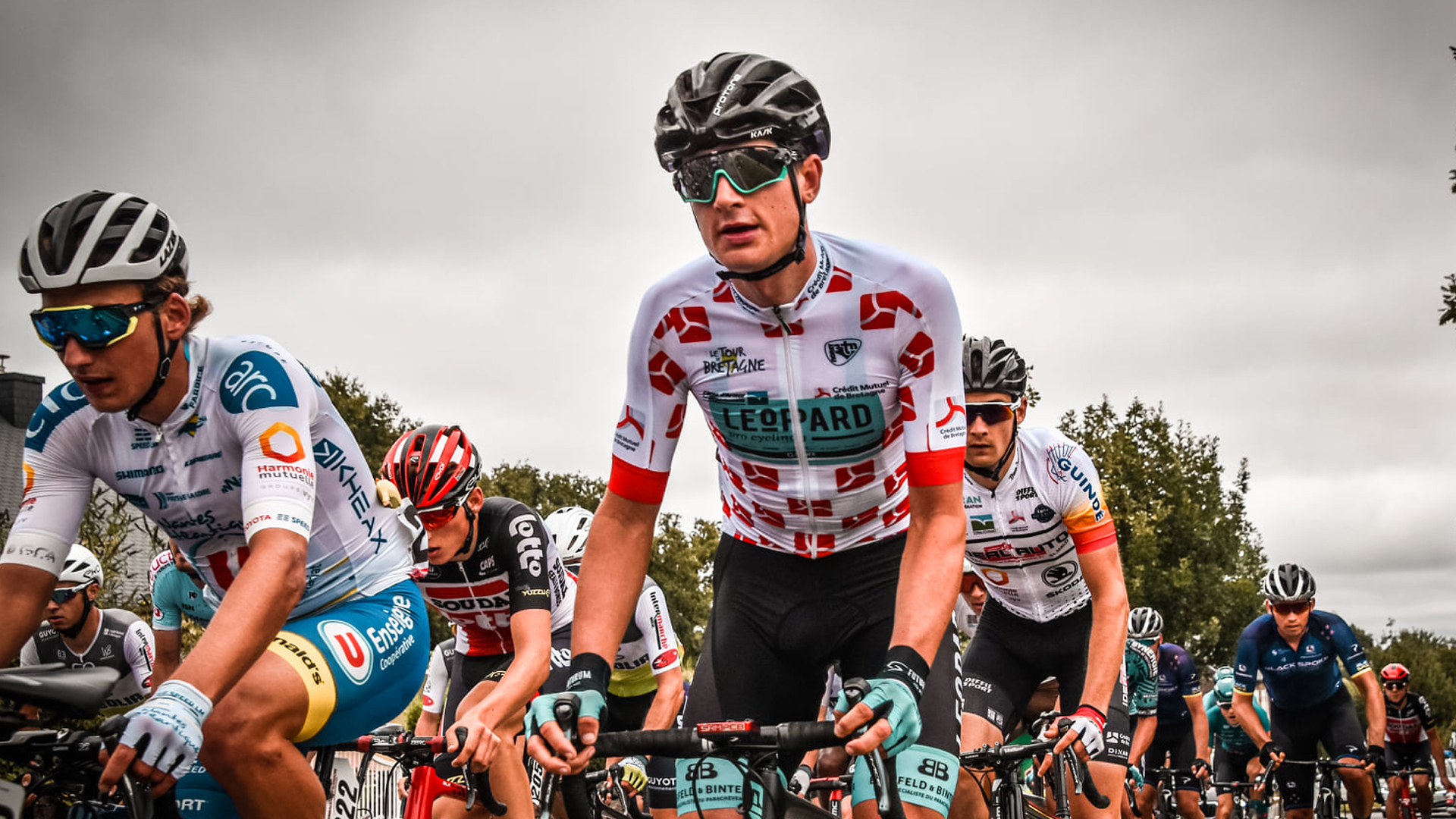 Leopard back at the Tour de Bretagne stage race

Seven months after last year's race, Leopard Pro Cycling is already back in Bretagne for one week of racing at the Le Tour de Bretagne Cycliste stage race.

History has proven that in the westernmost region of France, things can get tricky. This year, the predictions are not any different. Altough the weather conditions seem to be okay, the route will most definetly offers plenty of difficulties for the riders. The 56th edition of the Tour de Bretagne starts with a fairly flat stage to get into the rhythym, but the stages after that are not to be underestimated. In summary, stage two until five have somewhat the same outline. These stages cover undulating routes the entire day before heading into the local laps in La Chapelle-Bouëxic, Le Hinglé, Guillac and Scaër. It is in these local laps that the fight for the stage wins will be in full swing. The tricky roads with plenty of ascending, but not steep, meters offer chances to a large variety of riders.

Whoever wants to be part of the GC battle needs to pay attention each day. As the race heads into the final weekend, probably the most difficult finish of the entire stage race is on the menu. As the riders will be riding to Camors on Saturday, they will find a finishing circuit with a steep climb on their way. This short climb with gradients up to 11% will play a major role in deciding ove rwho will win the Tour de Bretagne 2022. Especially since the final stage on day seven looks easier again on paper. It is to be seen which teams still have the power and workforce to control the race in this almost 200 kilometers long stage.

Last year, Leopard Pro Cycling took home the KOM jersey with Louis Coqueret and a top 20 GC result with Jarno Mobach. The team comes with good motiviation to the race following recent good results and performances at tough races such as Olympia's Tour, Circuit des Ardennes and Liège-Bastogne-Liège U23. Leopard also brings Justin Wolf to the Tour of Bretagne. The German won stage six last year whilst riding for the Bike Aid team, crossing the line solo with almost one minute advantage to the chasers.