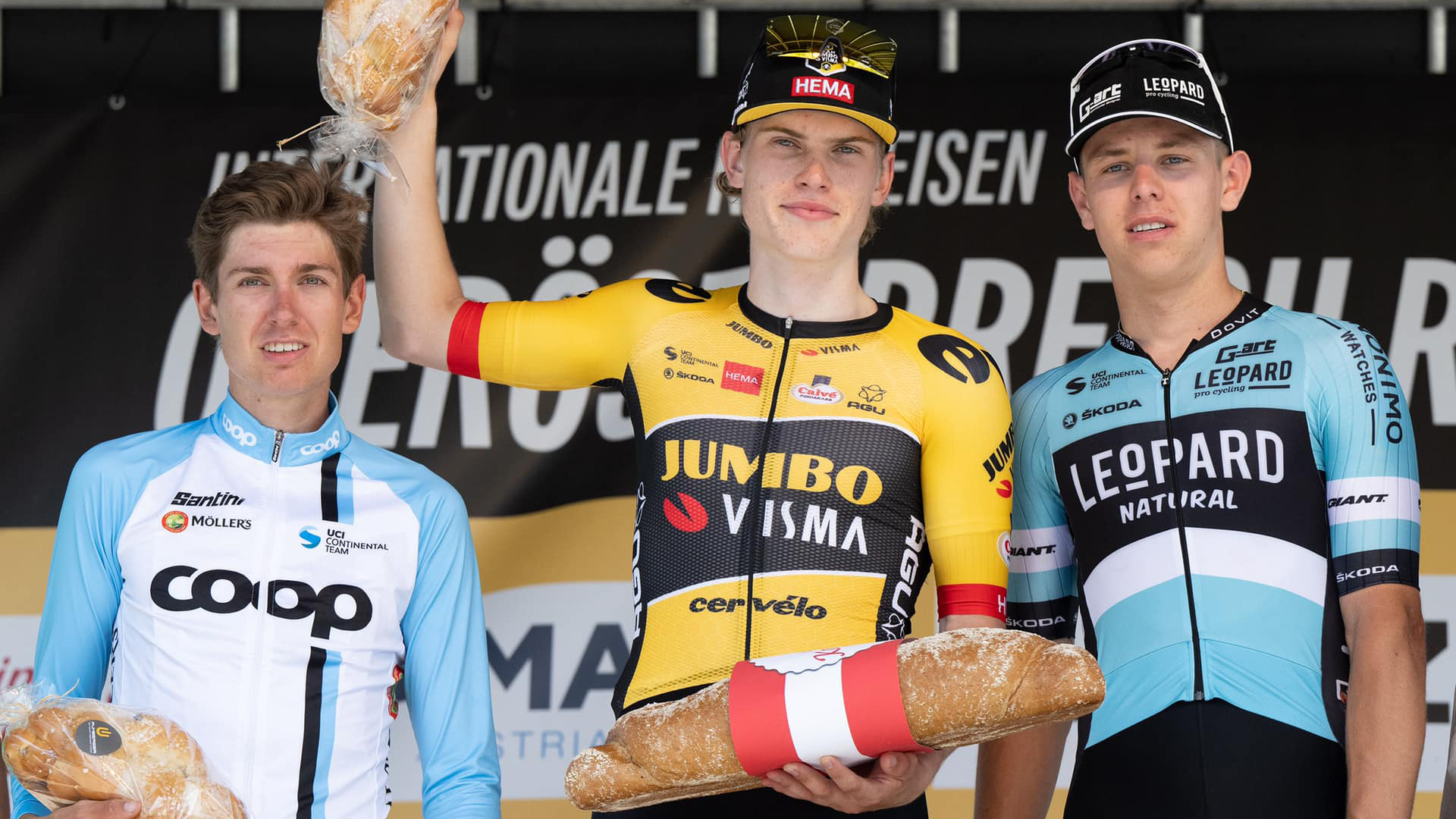 With a podium finish and various top ten results, Leopard Pro Cycling can be satisfied with their presence in Austria.

The Raiffeisen Oberösterreich Rundfahrt (UCI 2.2) summarized
Leopard Pro Cycling did not miss its start. Already in the short but challenging prologue with a climb up to the Linzer Schloss, Colin Heiderscheid just missed out on the podium. The 24-year-old missed the win by only five seconds, but immediately set the tone for the remainder of the race. Morale was high as the team started the first stage. It was a stage in which Heiderscheid went all-in and got four bonification seconds on the road. This meant that the was only one second short to take the yellow leaders jersey. Unfortunately, the guys spent to much energy in this battle that six late attackers managed to stay clear and fight for the victory and the lead in the GC. A few seconds later, Leopard's Tim Torn Teutenberg won the bunch sprint.

One day later, stage two was heading into an inevitable bunch sprint finish. However, one rider managed to beat them all and took the stage win. This was a shame, since both Tim Torn Teutenberg (third) and Elias Maris (eighth) proved to be amongst the fastest finishers in the race, so with a bit more luck, they would have been able to fight for the stage win. Nevertheless, both guys made sure that the amount of top ten's went to four for Leopard Pro Cycling. Unfortunately, the riders were not able to make it five in the closing stage up to the top of the Hutterer Böden, a climb of 9.7 km at 8.3%, despite having Louis Couqeret in the break of the day.