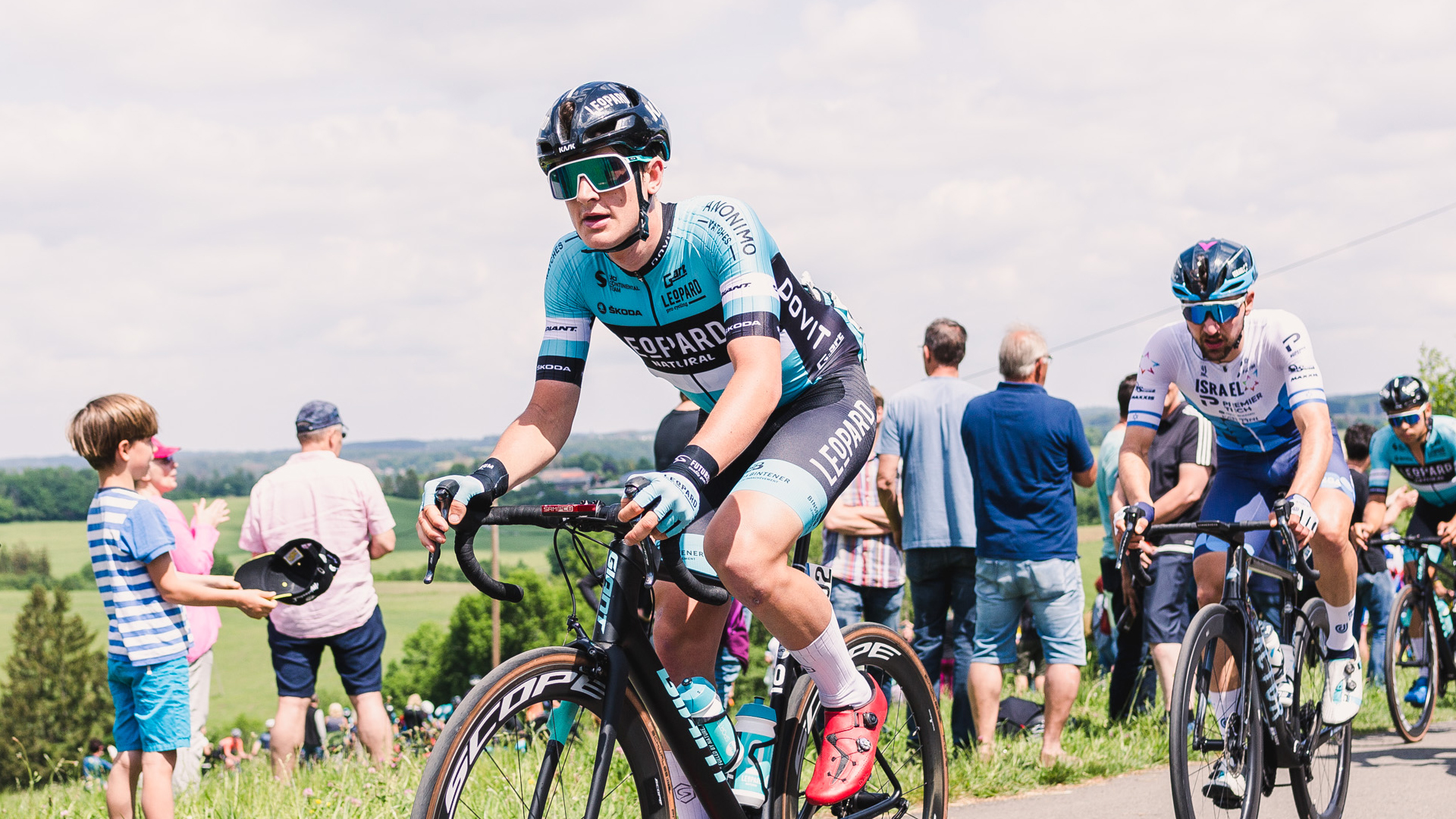 With many top ten's in the past, Leopard Pro Cycling is happy to return to the GP Pérenchies, which marks the start of part two of the 2022 season.

The 45th edition of the GP Pérenchies has no suprises for the riders. Traditionally, the race can be split into two parts. First there is a 12 kilometer loop, which will be taken on six times. Nothing to difficult there, but part two of the race is more tricky. Why? Because the riders will have to cover a 15.2 kilometer loop with the 1.2 kilometers cobbled Rue Saint Martin seven times. Good mathematians will count a total of 8.4 kilometers of cobbled roads on a race total of 178.4 kilometers. Although these difficult roads and perhaps weather can play an important role in the outcome of the race, one can not neglect the fact that the past five editions of the race have all ended in bunch sprint finishes. With five top ten places in four participations, the Leopard Pro Cycling riders are expected to be up there once again. The team heads toward the race with recently crowned Luxembourgish Champion Colin Heiderscheid and DS Gaëtan Pons, who finished himself tirteenth in this race back in 2018.