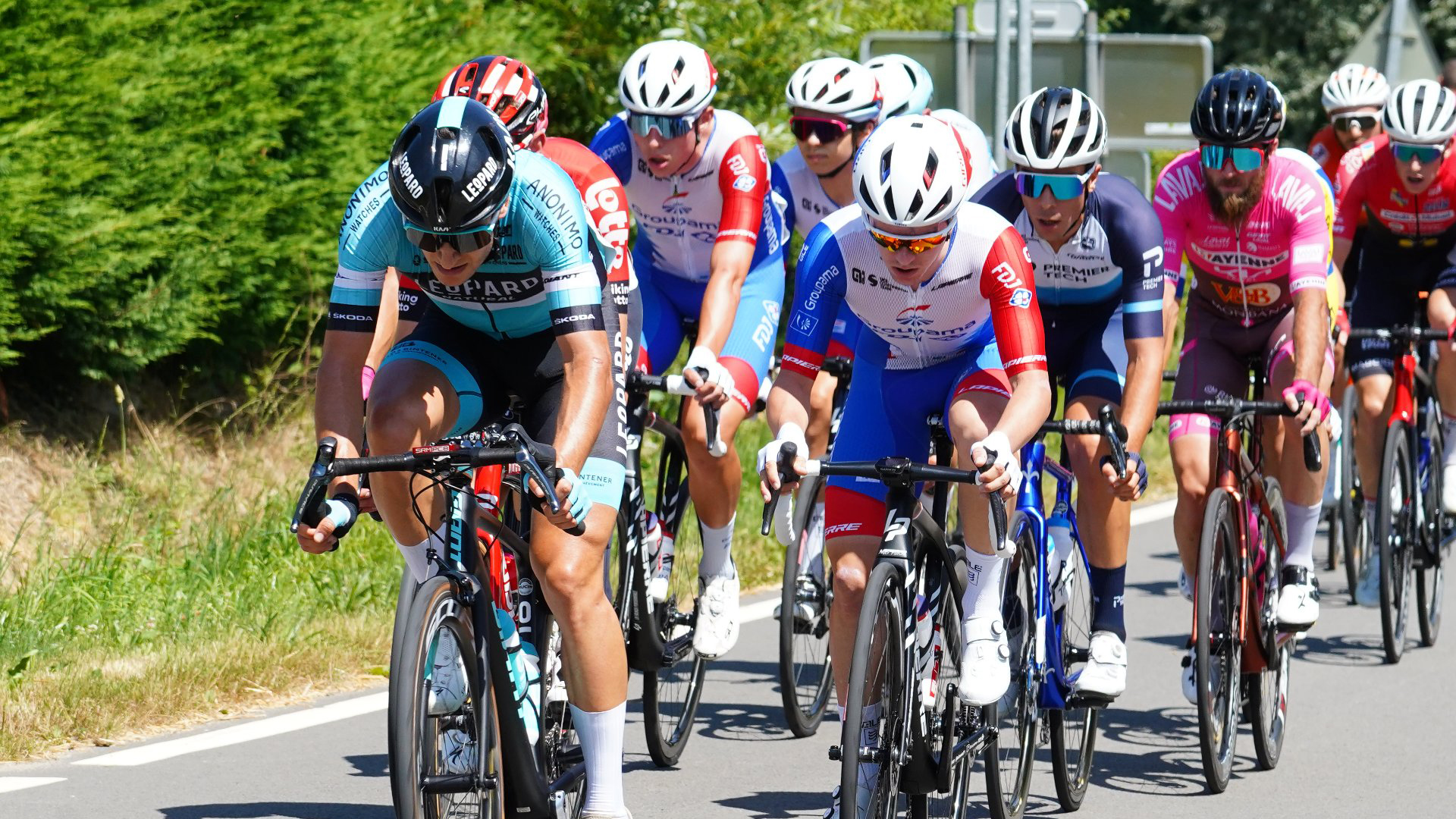 From Pérenchies to the Alsace

In just a few days time, Leopard Pro Cycling exchanges the cobbles of the GP Pérenchies for some challening (uphill) roads at the Tour Alsace.

The Grand Prix de Pérenchies (UCI 1.2) summarized
It was a very hot day in the north of France. Since the last part of the race was going to be a very tough one due to the cobbled sectors, the team had the plan to remain calm in the early stages of the race. However, when a large group went in the attack, there was the urge to react and Leopard's Johannes Hodapp found himself in the break of the day. As expected, the race 'started again' when the riders hit the first cobblestones of the day. From this point on, positioning was key and the Leopard riders did a perfect job as Colin Heiderscheid and Justin Wolf were part of a first chasing group that catched Hodapp-group. At this point, the advantage on the main pack was 2'30".

About twenty riders were in front, but one more group of ten were able to join after a race incident at the railway crossing. Leopard's Elias Maris was part of it and there were four Leopard riders in the leading group of thirty. Attacks happened left, right and center and Elias was able to make a move as well. This resulted in a seventh place finish, and also Justin Wolf and Colin Heiderscheid crossed the line in the top 15 of the race.

Twenty-six teams will take the start of the 18th edition of the Tour Alsace. One can not be suprised that we see one of the strongest fields of the year at the start line in Sausheim, as the Tour Alsace has proven to be amongst the most important races on the calendar. The race starts traditionally with a team time trial, where teams are split into two halfs of three riders. After going all out for 4.3 kilometers, the day after offers no time for rest as it is a tough day with three KOMs in the middle part of the stage: Col de la Charbonnière (12.5 km at 4%), Tour du Champ du Feu (10.6 km at 6.5%) and Mont Saint-Odile (5.9 km at 7%). The top of this last climbs is situated at 34 km from the line in Scherwiller.

For stage three on Friday, not much explanation is needed, since the riders will be confronted with La Super Planche des Belles Filles. Correct, they will ascent this steep climb, including the last gravel bit where we recently saw an amazing battle between Tadej Pogacar and Jonas Vingegaard in the Tour de France. One day later, the race heads into the longest stage of the entire race. Nothing too difficult on paper, but nevertheless a dangerous, undulating route. There is a possibilty for a group sprint, a chance which for sure is also there on the final stage through Mulhouse and surroundings. This last stage's finish is a tough one, with the last 700 meters on roads with an average incline of 3%.

It goes without saying that the Tour Alsace will be won by a complete rider, that knows how to cope with longer climbs. It is no surprise that the list of recent winners consists of names such as Wilco Kelderman (2010), Thibaut Pinot (2011), Maximilian Schachmann (2016) and Thomas Pidcock (2019).