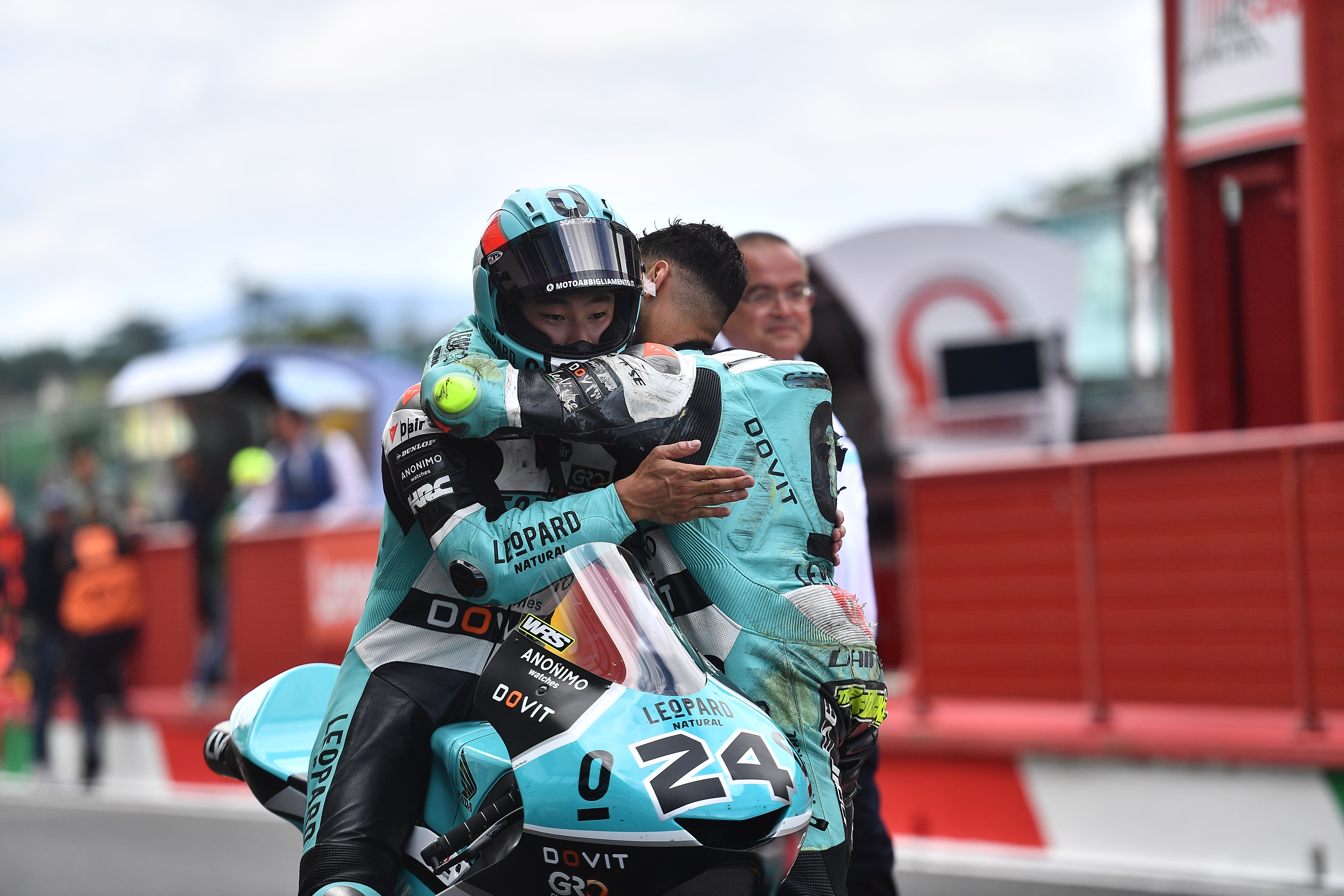 Tatsuki Suzuki takes his first podium of the season with Le0pard Racing. It’s been such a day: