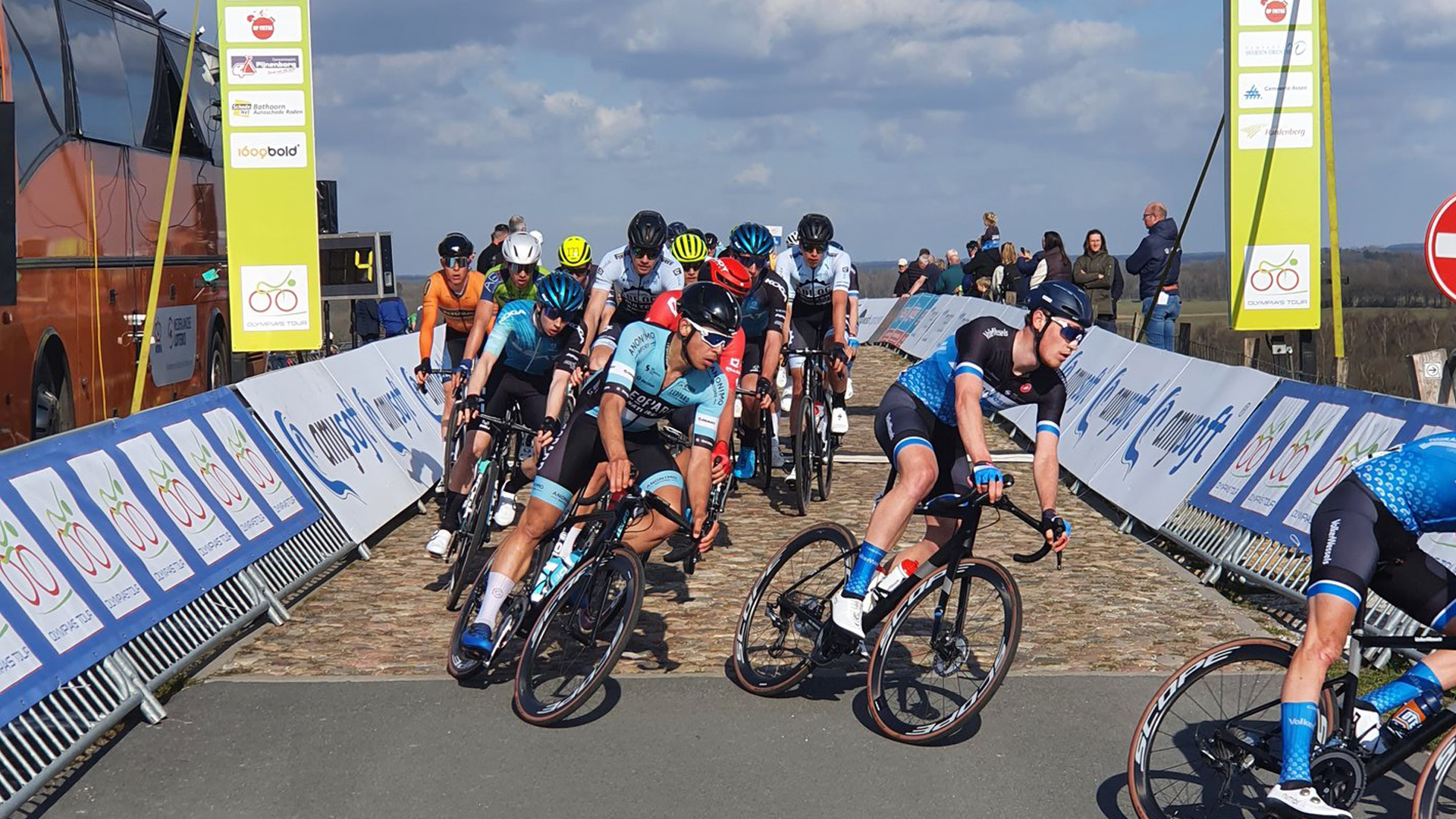 The Olympia’s Tour (UCI 2.2) summarized
The start to our Olympia’s Tour was rather disappointing. In a team time trial where much more was possible, Leopard only clocked the seventh best time, which gave the team already a disadvantage in the GC battle. From that point on, the riders were eager to show themselves, which Tim Torn Teutenberg and Benjamin Boos did in the afternoon stage on day one, when they sprinted to fifth and eleventh respectively.

Day two was a difficult one with the final circuit on the Col du VAM. Despite this demanding final, it was Colin Heiderscheid who decided to go for it up the cobbled climb. He went away with two others but was unfortunately caught back with three kilometers to go. After this second stage, the team headed into the weekend with both Jarno Mobach and Tim Torn Teutenberg within 30 seconds of the race leader.

On Saturday, Jarno Mobach was part of the breakaway of stage three, but his group was not able to stay clear from the bunch. In the final, the peloton split and it were Johannes Hodapp and Justin Wolf who were present in the first part of the race. All came back together once again, but quickly after a new split took place, with Teutenberg and Mobach in the leading group. The German sprinted to position eight on the day and with one stage to go, the guys had position 13 and 12 in the GC.

The final stage had again wind on the menu and quickly after the start the bunch split into three parts. Luckily, both Teutenberg and Mobach were amongst the first group of twenty-five. For a moment it looked like the first two groups were coming back together, but the race turned out otherwise. The first riders stayed in front and because some top ten GC contenders missed out, both Leopard riders were able to move up in the final classification. After Teutenberg sprinted to eighth on the stage, he was able to claim ninth in the GC, one position behind his teammate Mobach. All in all, a satisfying result!