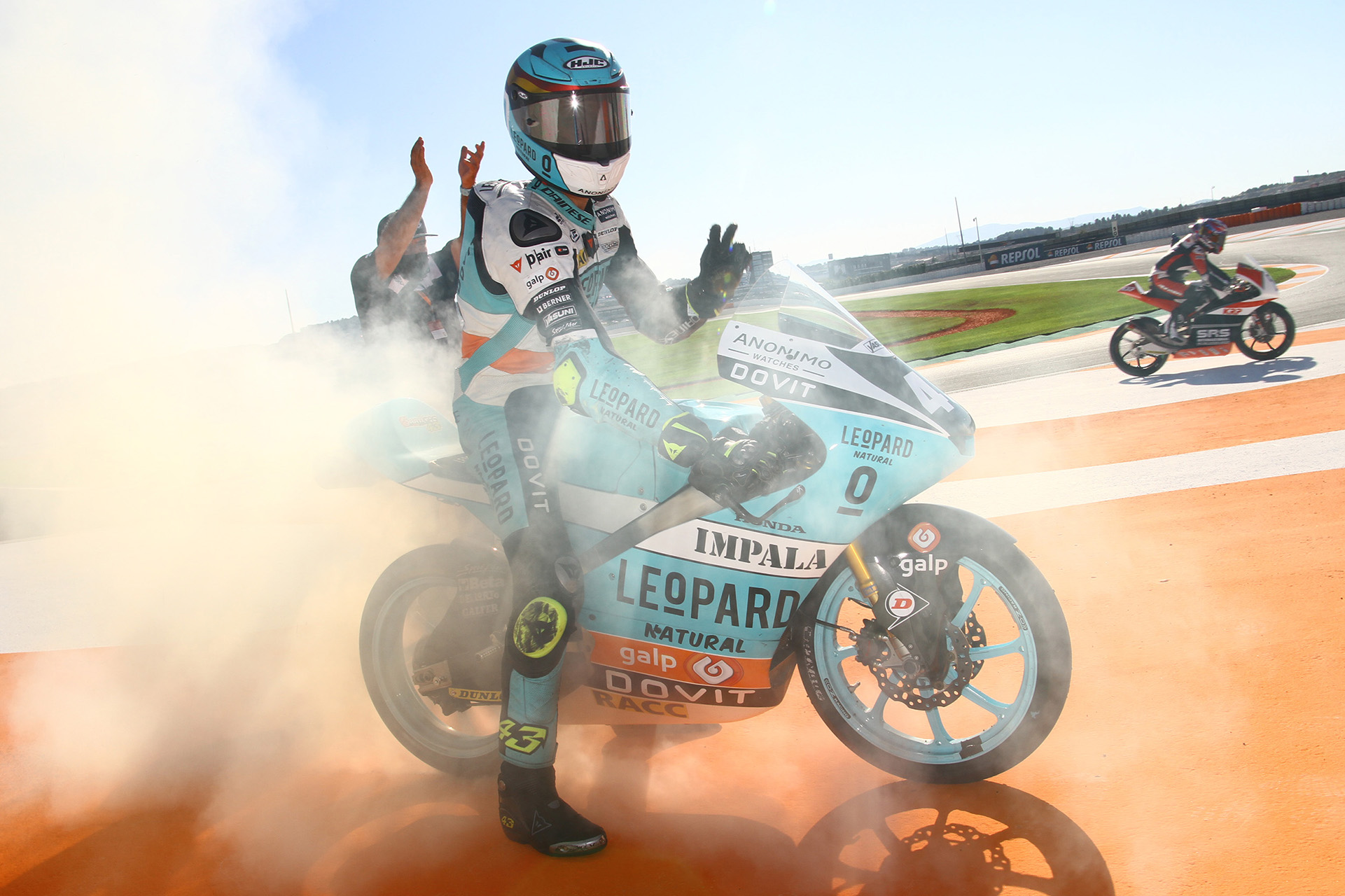 Le0pard Junior rider Xavi Artigas has finished the 2020 FIM CEV Repsol season as the runner-up spot of the year. Xavi has done an amazing season and has fought until the very last moment, but a technical problem on the last races has prevented him from taking the crown.

“I’m happy, it’s been a nice year. It’s been a very useful season to improve, I can notice a difference from last year to this one and that’s been shown on the results. We’ve been in front at every track fighting for victory until the end. Last week was a shame because on Saturday, at the grid, my bike stopped and that jeopardized the end of the Championship. On Sunday we were strong fighting for the victory and that’s positive. I have to say many thanks to the team for these amazing two years, now it’s time to work out more than ever and be ready for the next season on the Moto3 Championship with Le0pard Racing!” 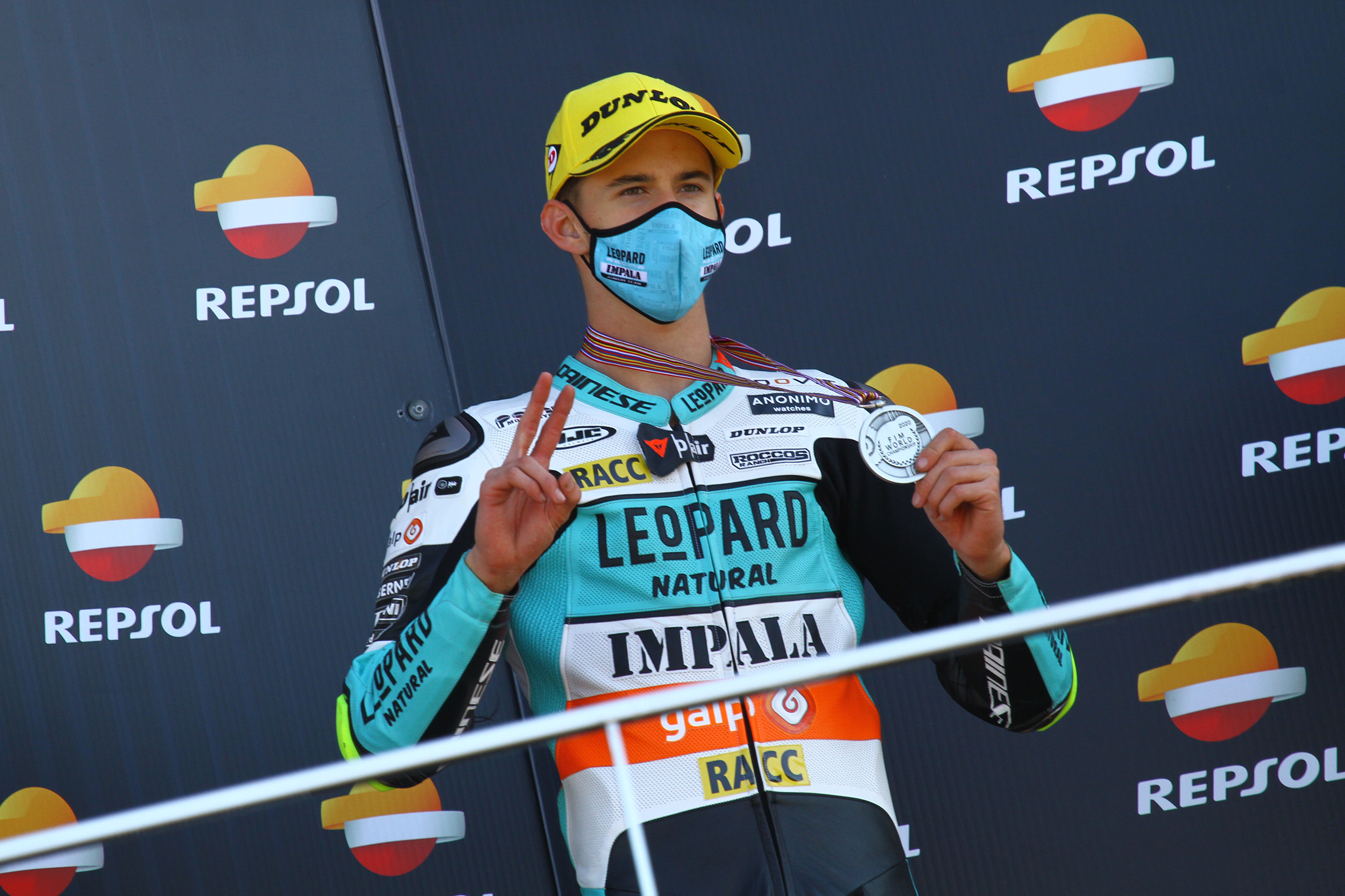 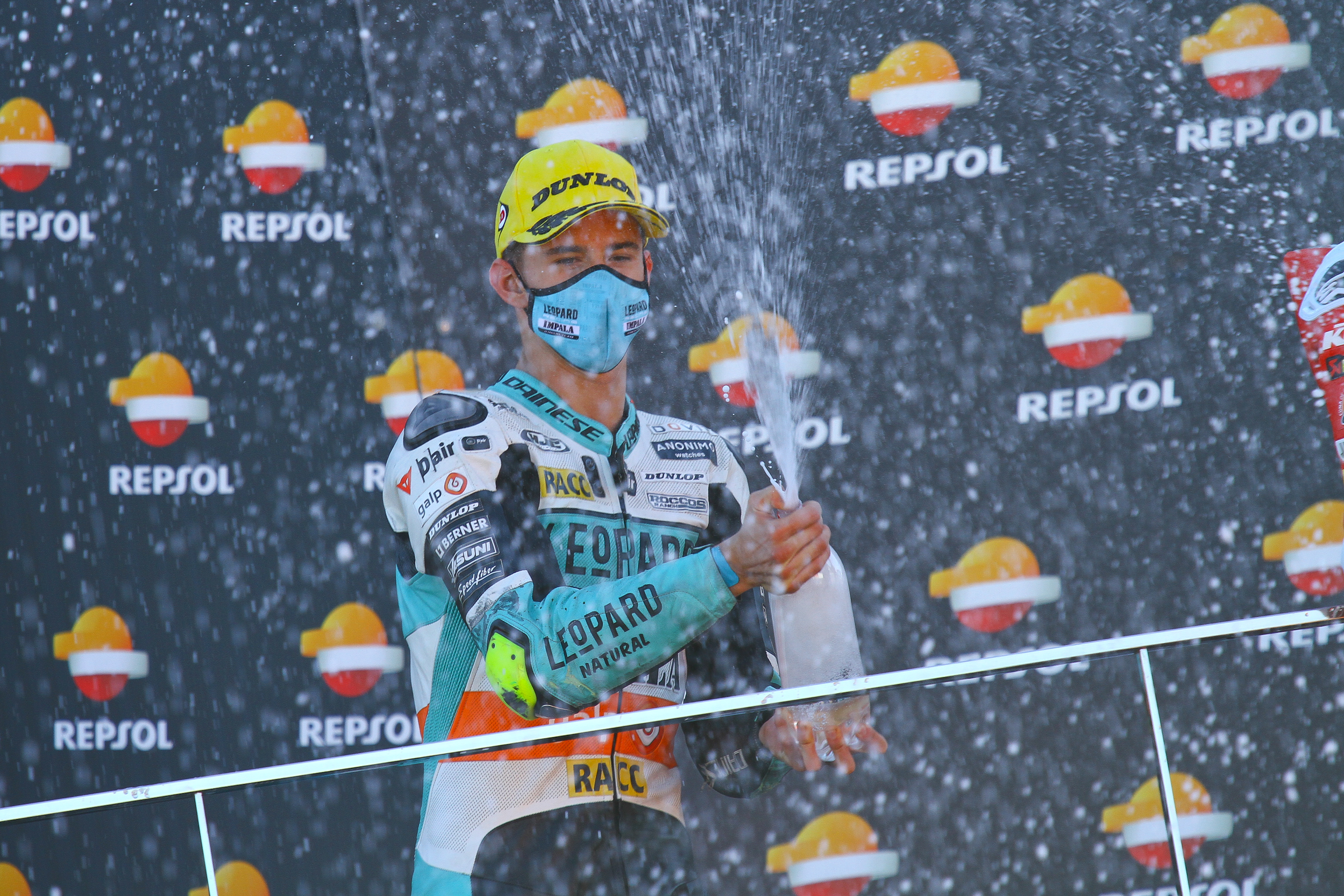 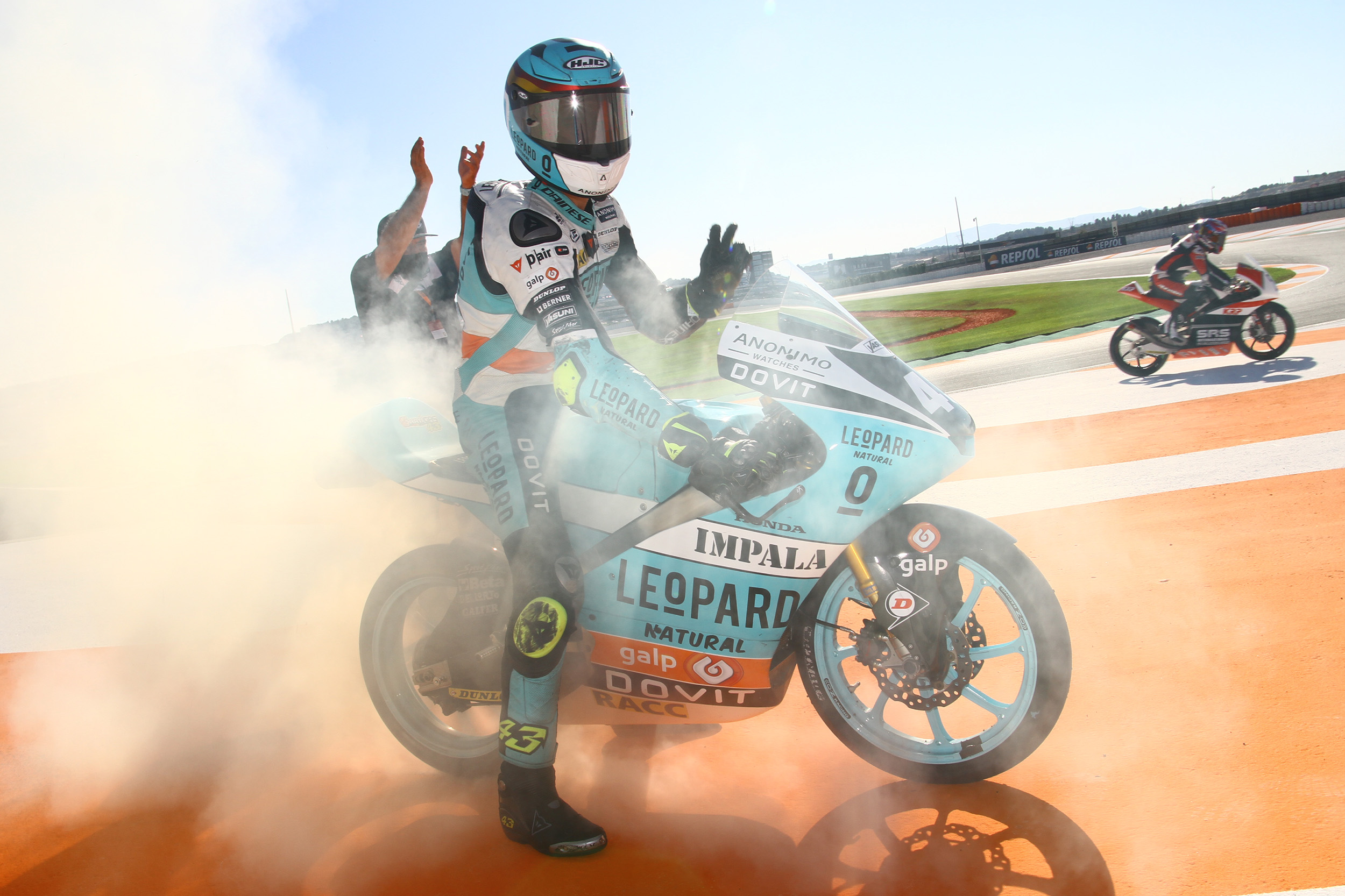